A Veritable Herd of Animated Dinosaurs!

As you may have guessed, I like dinosaurs a lot.  I like animation a lot.  And I love animated dinosaurs.  So the past couple of weeks have been awesome in that respect.  Firstly, the first episode of David James Armsby's "Dinosauria" is out and it is beautiful!

Armsby also posted this incredible making-of video and I don't know what impresses me more: the cancelled "All Days" series, the sculpture, or the "Dinosauria" series scrapbook.

And there's a teaser for the upcoming second episode.  Baby Troodons!  Fuzzy Pachyrhinosaurs!

And on top of all this, Dr. Mark Witton joined the "Fantasy/Animation Podcast" for an episode about "The Land Before Time", where they discuss the strangely intertwined history of dinosaurs and animation and the film's place in the Dinosaur Renaissance.

I can't believe it's already the penultimate day of Sci-Art September.  What a great time!  I shared a lot of mostly paleoart and hopped on the "Dinosauria" fanart train: 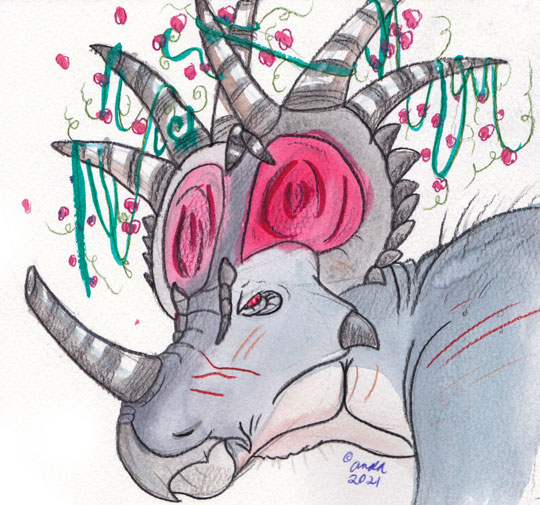 "Gotta Catch 'Em All": My Adventures With the "Seek" App

It was around the time I was focusing my smartphone's camera on the fly swimming in my glass of wine that I realized I might have a problem. 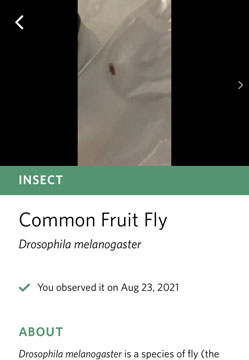 "What are you doing, Trish?" a part of my brain screamed at the rest, "That bug is going to fall in and contaminate your drink!  What if you swallow it?"

So I fished the little fellow out and was very impressed when "Seek" helpfully identified the tiny creature as everyone's friend from biology class, Drosophila melanogaster.  "Seek" is powerful enough to recognize a nearly microscopic half-drowned bug.

And that is why it's my new obsession.  When "Seek by iNaturalist" works well, it works like something from my wildest dreams.  The ability to carry a tiny computer with built-in camera in my pocket has changed the game when it comes to my wildlife observations.  "Seek" changes it even further: aim it's camera at a flower or an insect or a shell and it will identify it to the best of it's ability.  If it identifies the organism to species, it'll snap a picture and add it to your list of observations.  You can also upload photos you've already taken; it happily identified even incredibly blurry digital photographs, and I've even had success aiming "Seek" at my vintage hard-copy photos from Discovery Island and St. James Park. 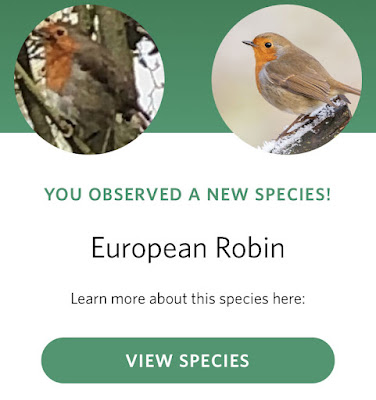 In other words, "Seek" gives you a photographic Life List.  And you can bet that my Obsessive-Compulsive Disorder and I love having a very official-looking record of, if not every single living thing I've ever seen, then at least those I've photographed.  There are rewards for identifying certain numbers of birds or snails or dicots, and there are Achievements to be, uh, achieved, and they are all incredibly satisfying.  (Whether the game-ification of citizen science is good or not is a discussion for another day.  I'm fine with it since "Seek" is extremely kid-friendly anyway.)  Here's my rewards as of time of writing (a week ago), and... I'm equally impressed with and very terrified of myself right now. 😰 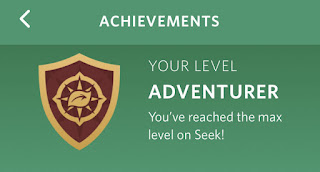 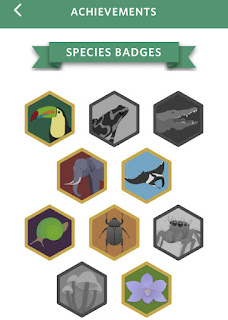 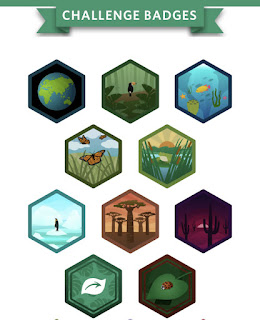 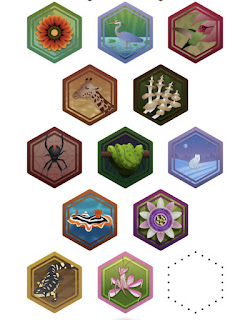 So there's what I love about "Seek".  Now let me tell you why I've also screamed and cried and sworn at it.  It is the best-worst app I've played with in a while.  "Seek" crashes on a whim.  It eats battery like nothing since the earliest version of "Pokemon GO".  And the blasted thing doesn't know what an Okapi is:

Okay, in fairness - a lot of humans don't know what they're looking at when they see an Okapi, more's the pity.  But then you get misidentifications like this: 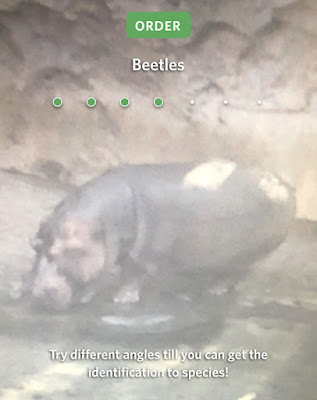 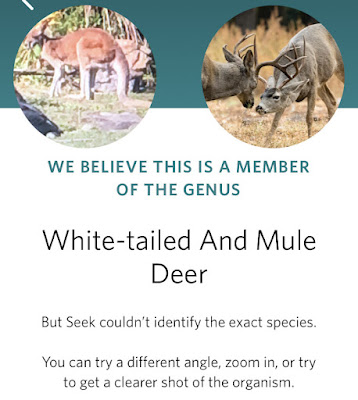 A reoccurring problem I've had with "Seek" is that it refuses to correctly identify any of my many photographs of White-Tailed Deer, no matter the quality.  So then it goes and asks if this kangaroo is a deer. 😒

Now, thankfully, as frustrating as they are, misidentifications can be deleted from your record.  To end on a lighter note, the funniest incident I've had is technically not a mis-ID at all.  It's just... that's not what I was trying to photograph here? 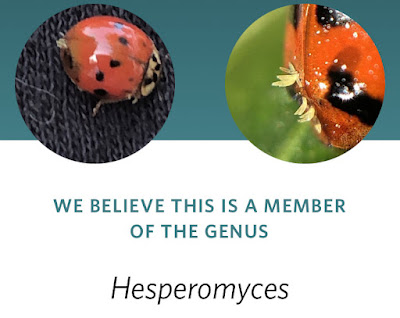 And, since we're in New England here, I have to share my funniest ID so far: 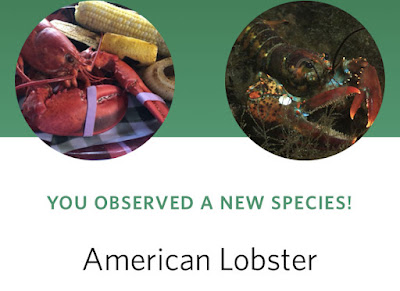 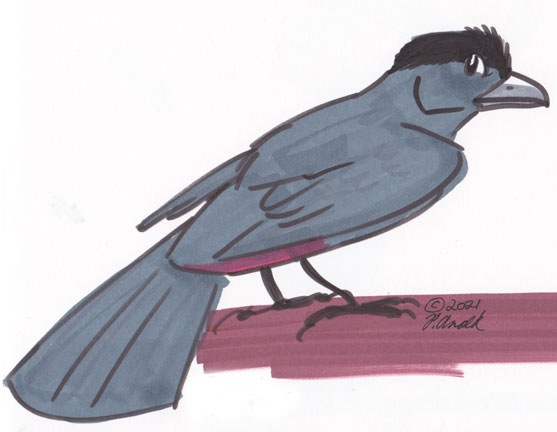 So, how about that "Matrix Resurrections" trailer...? O.O

So TetZoom 2021, which occurred about a week ago and ran all day and into the night, was an absolute blast!  This was the second ever TetZoo Convention I've ever been able to attend and I really really hope they keep the online/livestream portion of the show.  Handy Sketchbook on my knee, I took a lot of notes on the presentations and here they are, though considerably cleaned up: 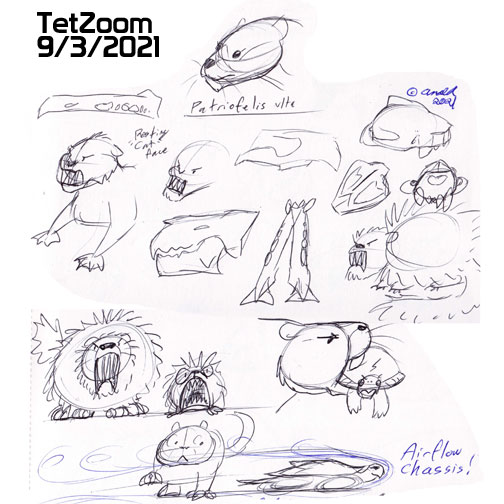 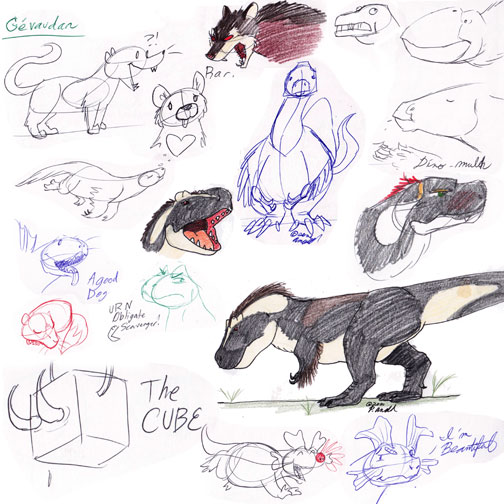 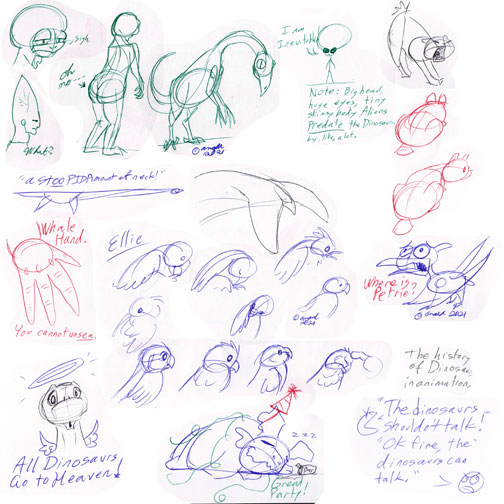 One of the highlights of the show was getting to attend the Paleoart Workshop, which I wisely snapped up tickets for as soon as I could.  And so I drew this beautiful Kronosaurus along with our teacher Mark Witton.  What an awesome experience!

In Which we meet the Guardians of the Seeds 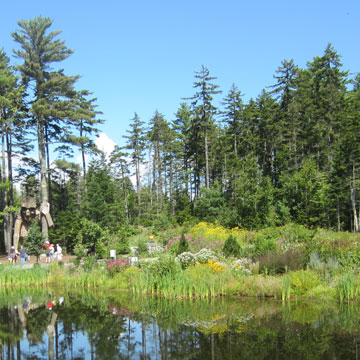 It was brutally hot on the day we went to the Coastal Maine Botanical Gardens to meet the Trolls.

I will admit, I overexerted myself walking in the heat.  But if you'll recall, last time I visited the Gardens, it was dreary and raining (Early Blog Installment Weirdness disclaimer).  I explored all over the northeastern side of the Gardens and it was well worth it.  Not only did I get to see my favorite gardens in the sun, it turns out that this is where the Guardians of the Seeds are hiding out. 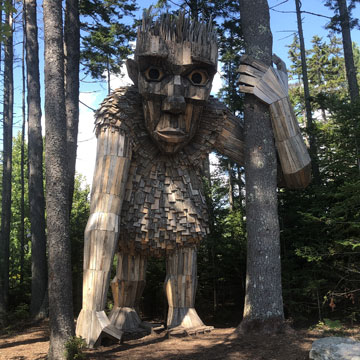 As you can see in the first photo, the Guardians appear deceptively small at first.  But up close, it's like standing next to a Redwood tree or a Tyrannosaurus skeleton: they are massive and magnificent.  I made sure to get pictures of them without people, but I think the White Pine Roskva is holding here gives you some perspective.  She's huge! 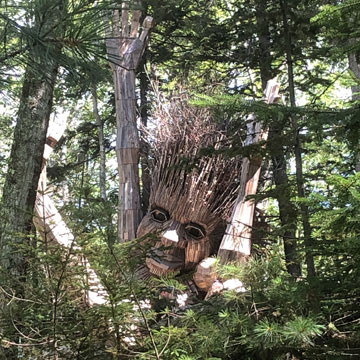 The Guardians of the Seeds were created by Thomas Dambo, as part of what he calls his "Sculpture Fairy Tale", The Great Story Of The Little People & The Giant Trolls.  The installation is worldwide and there are potentially a family of his trolls near you.  They are created entirely out of recycled wood and are beautifully integrated into the landscape. 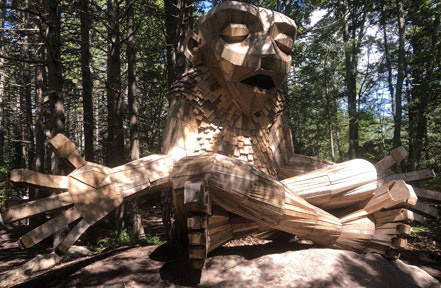 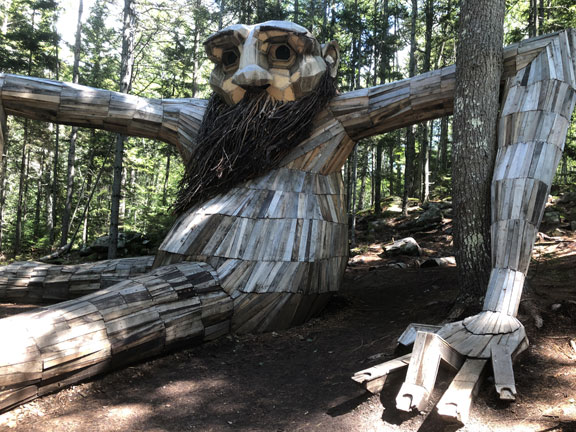 While posted rules do not allow people (or adults at least) to climb on them, they do invite interaction.  Indeed, the two smaller (relatively speaking) trolls practically demand hugs.  Look at them! 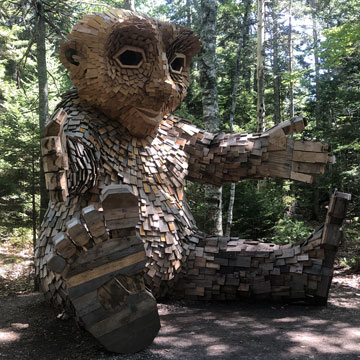 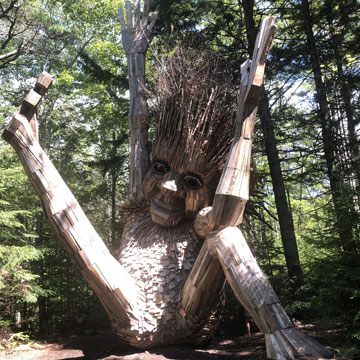 The Fairy Garden Village sits near one of the younger trolls, and here visitors are encouraged to create their own art out of found forest materials, though on a much smaller scale.  And these are very traditional Maine coast Fairy Houses: they're meant to camouflage into the landscape, made of only found natural objects, and no dollhouse furniture or toys and certainly nothing made of plastic.  You build with what you find on the ground.  The results are adorable and I like the abstract one in the last picture. 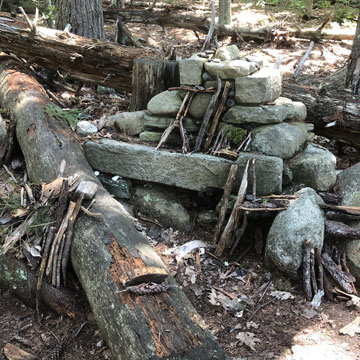 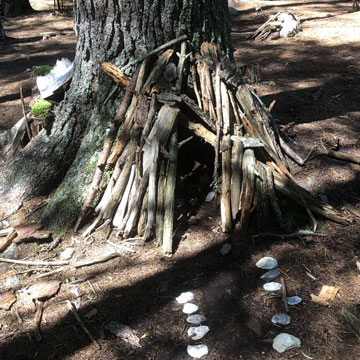 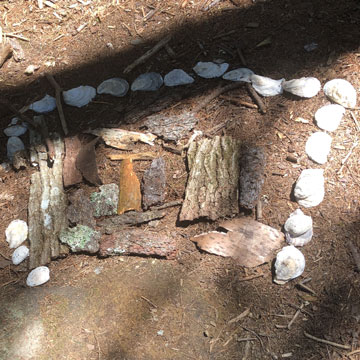 The gardens are a spectacular place altogether and here are more highlights, including an unusual vertical garden, a sculpture by Nancy Schön (who also created the famous Make Way for Ducklings statue in the Boston Public Gardens), and beautiful water gardens (and bonus frog). 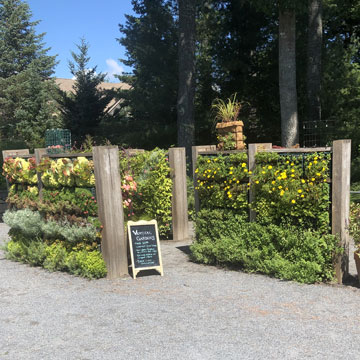 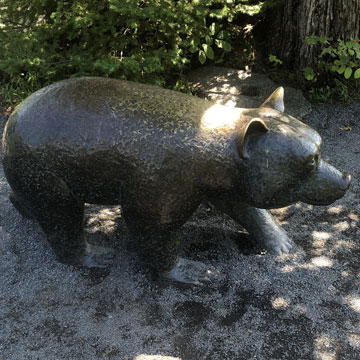 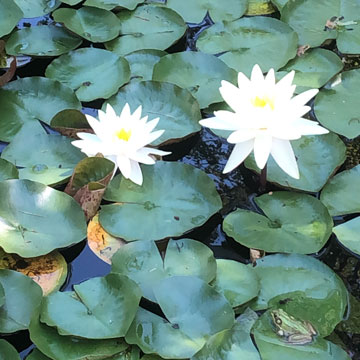 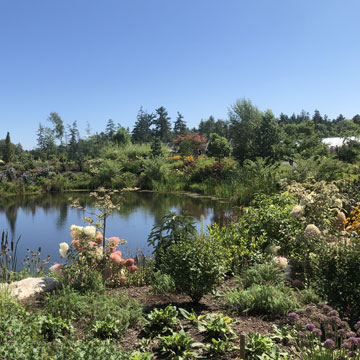 Let's Watch the Teaser for "Dinosauria"

So this looks incredible:

Animator David James Armsby loves dinosaurs and has been hard at work on a series of five short films about life in Cretaceous North America.  And so far they look amazing.  I can't wait to see this in full!

On the Deleted Scenes from "The Land Before Time"

I promised you animation and dinosaurs, didn't I?

That nearly a million dollars worth of content was deleted from the original "Land Before Time" is one of the greatest legends of that small but significant border town between paleoart and animation where I live.  Exactly what that content would have looked like was a big mystery, but this nice brief documentary from the channel Scribbles to Screens clears quite a lot up.  And while it does end on a sad note of we're probably never going to see the actual footage for ourselves, there's a lot of excellent rare animation art that has been found, and it is wonderful to see.  (A highlight is the concept art of the Oasis scene, where the Crown-Heads turn out to be victims of a Great Nomenclature Mixup.  A very long time ago, for some reason, Troodon was first described as a Pachycephalosaur.  And so the Crown-Heads are Pachycephalosaurs... with distinctive large talons.)  We also get a nice overview of the history of Don Bluth and his studio, which is always fun to see.

Goodness, I can't wait to experience (vicariously, through Disney Blog People who can actually afford this thing) the Galactic Starcruiser Interactive Experience can you?  In the meantime, let's travel back to the early days of Disney Hollywood Studios, especially for those of you who were longing for a weird vintage Disney special the past few weeks.

The audio quality on this one is kind of bad but it's pretty fascinating.  This is "The Party In Concert" from 1990, and early-90's Disney Channel doesn't get much more pure than this.  (Like, look at the schedule for the rest of the evening right at the beginning of the video.  Late-night Disney Channel was basically uncharted space back then, and you could tune in and see anything.  Classic movies, a documentary, a concert, maybe even an actual vintage Disney thing, or a combination of two or more of these!)

I'm not even sure if the special itself is as interesting as The Party itself as an entity.  The Party (and yes, it does stand for "Positive Attitude Reflects Today's Youth, and that's maybe the funniest aspect of the whole thing) was composed of five particularly popular and talented teenagers with Disney sanctioned attitude plucked from the ranks of the 90's Mickey Mouse Club: Albert Fields, Tiffini Hale, Chase Hampton, Damon Pampolina, and future Pearl voice actress Deedee Magno.  They were pitched to us kids as our new favorite band ever and promoted as such, starring in specials and on a regular segment on the Mickey Mouse Club and recording a cover of a Rubinoos song (one which would be the center of a small controversy later) which was the style at the time.

Now even at the time, I thought, "Clearly Disney saw how popular New Kids On The Block were so they made their own pop group.  I am sorry for The Party, but I am already too much of a fan of NKOTB!  And by 'a fan' I mean, given my as-yet-undiagnosed Obsessive-Compulsive Disorder, 'I start vibrating through several formes and dimensions with an intensity that could shatter glass when I see that one Magic Can commercial.'  Anyway.  I am not falling for this."

Now as an adult, I wondered if that really was The Party's origin story.  Surely there's more to it?  Well, not really.  Disney really did see how insanely lucrative NKOTB were, so they reverse-engineered their own even more wholesome group (and later created an even squeakier clean, no reckless use of the word "Hell" version of them with the MMC group).  They lasted into 1993, releasing a final album ominously, wonderfully titled "The Party Is Over", and reunited a few years ago.  Last I checked, they're scheduled to perform for Walt Disney World's 50'th Anniversary at Disney Springs.

So that's The Party.  A weird Disney moment from the weird 90's.  More dinosaurs and/or animation next week, I promise. 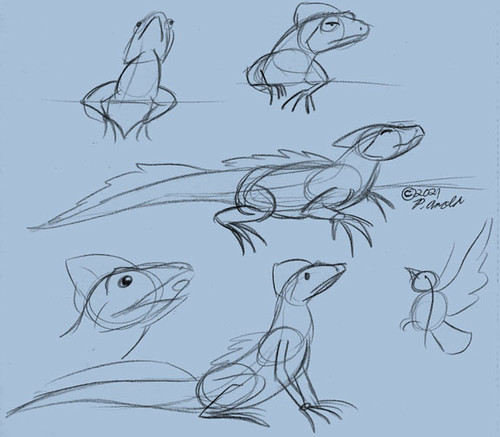